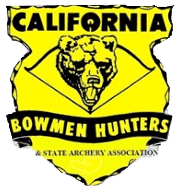 Litigation Counsel Doug Burdin recently presented oral argument to the Ninth Circuit on SCI’s appeal of the dismissal of its challenge to California’s mountain lion import ban. He was accompanied at the hearing by Nevada attorney Linda Linton, a member of the SCI Legal Task Force who serves as local counsel on the case.

After the California federal district court dismissed SCI’s complaint, SCI appealed the ruling to the Ninth Circuit Court of Appeals. During oral argument, SCI argued that the import ban violates the Dormant Commerce Clause of the U.S. Constitution. Specifically, SCI claimed that (1) the import ban creates a substantial impact on interstate commerce through, among other things, the commerce that is lost when Californians forego out-of-state mountain lion hunts; and (2) the State lacks any legitimate interest in the ban as it does nothing to advance wildlife or habitat conservation in the state. SCI’s arguments detailed that, but for the import ban, California hunters would travel to other western states, purchase mountain lion hunts, engage the services of outfitters, buy equipment and food, and ship their legally hunted lions into California.

SCI asked the Court to allow it to get to the next phase of the case—further discovery and presentation of the facts in support of its legal claims. SCI is now awaiting the Ninth Circuit’s ruling.

Zimbabwe lifts hunting ban imposed after killing of Cecil the lion: US report

(Reuters) - Zimbabwe has lifted a ban on big game hunting outside a national park 10 days after imposing the moratorium following the illegal killing of the country's most prized lion, NBC News in the United States reported on Monday. Authorities in Zimbabwe imposed an indefinite ban on Aug. 1 on hunting in areas surrounding Hwange National Park amid international outrage after a rare black-maned lion called Cecil was lured from the park and killed by an American hunter with a bow and arrow. Zimbabwe Parks and Wildlife Management Authority said the ban had been lifted in all areas except the farmland where Cecil had been killed and several other areas where animals were illegally hunted, NBC News reported. Bans in those areas will be reviewed following the trial of a local man accused of helping American hunter Walter Palmer lure Cecil out of the park. Theo Bronkhorst has been charged with breaching hunting rules when he failed to stop Palmer, a dentist from Minnesota, from killing Cecil last month. Bronkhorst has denied any wrongdoing. Cecil's death sparked intense social media reaction against Palmer and days of protests outside his dental practice Hunting lions is legal in many countries in Africa where supporters say that if it is properly regulated, it can generate much- needed revenue that can be used for conservation. Palmer, who had paid guides for the hunt, said he believed the necessary permits had been in order. Zimbabwe is seeking his extradition from the United States to be tried for poaching.

Hijacked by anti-hunters, the term ‘trophy hunting’ has taken on a negative connotation in society – it’s time to take it back

When Sportsmen’s Alliance President and CEO Nick Pinizzotto appeared on CNN last summer to defend hunting and hunters in the wake of the killing of “Cecil” the lion, anchor Brooke Baldwin broached the topic of trophy hunting.

Unfortunately, like many of the stories we need to relate to the non-hunting public, such as the role hunters play in conservation and in the habitat-prey-predator balance of an ecosystem, the topic of trophy hunting can’t be summed up in a sound bite. Part of that is because of false connotations associated with the phrase – something the animal-rights crowd has worked hard to indoctrinate within the public (and which they’ve been very successful doing) – and part of the reason is that as a group, hunters often find it hard to explain the term, ultimately fighting the battle on the wrong field.

Here’s a start to reframing the trophy-hunting discussion with non-hunters.

When news anchors and the general public throw the term ‘trophy hunting’ around, they’re usually speaking in a very broad sense that assaults their emotions and is an affront to almost everything that modern, regulated hunters and hunting represents. The term is a misnomer, but they don’t even realize it.

A trophy is a very personal thing. For some just killing an animal to eat is reward enough. For others, a mature animal that is more wary is the goal. Still, for others, a very specific animal, or at least one meeting very high standards, is the ultimate goal.

This is all dependent upon the person, their skill level and experience in hunting (see sidebar: “Evolution of a Hunter”), as well as understanding of the species they’re targeting.

A trophy is a crowning achievement for an individual. Period.

The popular myth of trophy hunting is that it’s simply hubristic killing by hunters for display upon a wall – which is only done for a head, hide or horns. The underlying belief is that the rest of the animal is left where it died and goes to waste.

This is the perception anti-hunters have created, and which they are framing hunters every chance they get. From the “Cecil” the lion in Zimbabwe, Africa, to the proposed black-bear hunt under protest in Florida, anti-hunting activists and organizations cry ‘trophy hunt’ to convey what they believe is the senseless killing of animals – without regard to the associated science, management and ecosystem-wide benefits.

It’s an effective tactic that resonates with the public quickly. Those two words immediately generate an affront to the public’s sensibilities, and creates another hurdle we have to overcome to maintain scientific, and not emotional, management of our flora and fauna.

The fact is, what animal-rights’ activists portray is not just an affront to the public’s sensibilities, the waste of an animal is a disgrace to the sensibilities of a hunter as well. When it comes to a ‘trophy hunt,’ two points often overlooked by outraged activists, the media and the public include:

1) A hunting season is not state-sanctioned slaughter. Every state has wanton waste laws that mandate the harvest and use of meat, hides or other body parts to ensure that the animal is not just wasted, and that the number of individuals taken is in accord with the supporting habitat and predator-prey balance of the area.

2) A ‘trophy’ animal and its use as table fare are not mutually exclusive. An animal can be a specimen worthy of both taxidermy and the table.

A trophy hunter is simply someone who has placed self-imposed restrictions upon themselves that go above and beyond what’s dictated by the state. They are more selective, and will pass on younger animals, often those barely reaching the minimum standard, in a deeply personal pursuit to further challenge their skills and learn as much as possible about the prey they pursue.

The irony of animal-rights activists crying ‘trophy hunt’ is that the true definition of a trophy hunter wholly undermines their most egregious complaints about hunting. The self-imposed standards of a trophy hunter often result in the hunter not killing an animal at all, and when one is killed, it is not an ‘unsuspecting’ animal – it is an animal that knows how to survive and that danger lurks at every turn.

What It Doesn’t Do

Contrary to animal-rights’ claims, the killing of a trophy animal doesn’t damage the overall population of species by removing important genes from the genetic pool or by throwing the remaining animals into a state of societal chaos.

A trophy animal is usually a very mature animal. That’s what makes it so difficult to kill, and what usually results in more impressive antlers or horns, spurs and beards, or other defining trophy qualities. As such, it has reproduced many times over, likely with many different mates, for several seasons, ensuring genetic diversity throughout the population and passing along the quality genes that enhanced its chances of survival and reproduction. Additionally, the loss of a mature animal is expected in nature, and it is quickly replaced within the immediate, as well as overarching, societal hierarchy.

Trophy hunting does not damage the overall health of the population. Period.

Trophy hunting is the most restrictive, demanding type of hunting. As such, it not only doesn’t harm the overall population, it is wholly within the parameters of a scientifically managed hunt.

A trophy hunter will remove a mature animal from the population. That population has been surveyed, and scientifically determined to be able to withstand the loss of a certain percentage of both male and female animals that will result in no net harm to the overall health of the population. Additionally, the removal of the animal opens habitat and resources, such as food and cover, to others within the population.

At the end of the day, a trophy hunt is a deeply personal endeavor that is in accordance with the individual hunter’s goals, skill and experience level, and knowledge of the animal, its habitat and behavior.

It is not a quest simply for a head or horns, but is a severely restrictive, scientifically managed hunt for a mature animal that has served its biological purpose, and one that uses the meat, hide and other attributes of the animal to the fullest, and which supports the ecological health of the overall population into the future.

This is the message we must pass to the general, non-hunting public, regardless of whether it’s an old, well-known lion killed in Africa or a record-book whitetail buck in the states.

Sidebar: Evolution of a Hunter

What a hunter defines as a successful day afield changes as they age and gain experience. Their idea of what a “trophy” is changes, too. As a hunter evolves, the definition of success usually morphs from simply pulling the trigger numerous times or seeing lots of game to the fulfillment of more demanding and personal ideals. These latter stages are where hunters begin to restrict themselves more and more, to test themselves and to learn more about themselves and nature.

This stage is all about pulling the trigger. Satisfaction is garnered from the simple opportunity to shoot – regardless of outcome. Action defines success.

While still important, simple opportunity to shoot isn’t enough. This hunter wants to hit what the target and limit out or fill a tag.

Shooting opportunity and limits take a back seat to personal goals and restrictions. A particular animal might be targeted or a set age or sex might be limiting factors of harvest.

Shooting and limits don’t matter. When a hunter reaches this stage, it’s all about how an animal is taken – getting intimate with its habitat and movements become the thrill. This hunter often handicaps himself by selecting weapons that require close proximity to the animal.

A hunter who enjoys experiencing nature in totality – harvesting the animal becomes just part of the overall experience. Sharing knowledge and passing along the hunt to others becomes a thrill itself.vvvv

"The Sportsmen’s Alliance” protects hunting, fishing and trapping in all 50 states, at the federal level, in the court system and at the ballot box. Its mission is accomplished through several distinct programs coordinated to provide the most complete defense capability possible. Connect with the Sportsmen’s Alliance: Online, Facebook, Twitter and Instagram

(A) Action on petitions for regulation change – none scheduled at this time.

(B) Action on pending regulation petitions referred to staff and the Department for review. I. Petition #2015-009 to raise commercial trapping license fees II. Petition #2016-028 to clarify fire service members authorized to validate deer and elk tags. The next FGC meeting will be December 6th and 7th in San Diego. Timing of this articles publication to the actual meetings is such of an offset that it may create old news.

DFW has been working on updates to their Big Game Management plans. The elk plan is on its final review within DFW and deer, antelope, sheep and bear in the process. Let’s hope these plans work to keep populations sustainable.